Do not let exam failure take your life student 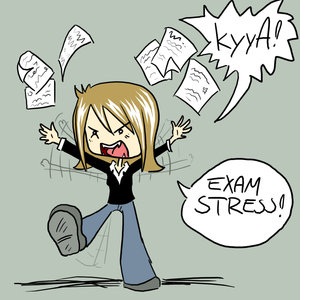 A disturbing trend of suicides among ‘failed’ students comes into the limelight. Experts have pointed out an even more disturbing trend of pressure, lack of parental bonding with their children and the undue importance given to achieving high marks, which lead to student taking their lives. Although such suicides appear to be a conscious effort on the part of these students to redeem themselves of probable social sense and disbelief over their failure.
Experts feel it is only a heart  talk that parents could give their children ahead of the exams time, telling them to forget the rest on fortune that  could help bring a positive energy among the children. Parents and the society should accept that individual capacity and try to find out what interests the children and encourage them to do what they are interested in. This attitude can help the children look at “failure” as just a learning step towards their ultimate goal—a happy and prosperous life ahead.
A renowned doctor from Lucknow, city-based senior psychiatrist, says, “In recent years, expectations have soared among the parents over their children scoring high marks. Different individuals have different capacities, naturally inherited right from their birth. Not only the parents, but their pressure instil that craving even among children, who then feel that scoring high marks is the only way to have a good life in the future. He says much of the pressure mugs up from the parents accepting to the intense competition wherein the number of students by far outnumbers the number of seats available in institutions. And they fear that their children may be left, and wonder what people around may say about that.They feel the only option is to take their own life. The parents must be children best friend when they need it the most, impressing upon them that failing in exams does not mean the end of the world.
But now, in rapidly expanding cities, mainly like Delhi and Lucknow, the lack of such bonding results in students often putting pressure on themselves to meet their parents’ expectations. Both parents and children alike then feel that achieving high marks is the single-most important thing in life. And failure? Because of such feelings spreading through the society. That pushes them into a hopelessness, from where they see suicide as the only solution.
Let parents not be complacent by merely telling their children not to worry about their failure in exams. They should identify the symptoms among the children—not talking to others, avoiding mingling with others and not eating food properly. The other important thing is continuing the counseling process to the ‘failed’ students as many students commit suicide several days after the exam results are announced.’’
Parents are hammering the children to study well and get high marks. They should never press their children. Some children do not study for various reasons like varying individual capacities or a lack of interest. But they may be good at many other things. Parents should identity those areas of interests and encourage children towards that.
—Joint commissioner of police (crime-west) Pronab Mohanty
For any help related to admission in NIOS please contact SS Coaching @ on our Toll-Free No. 1800-120-6077