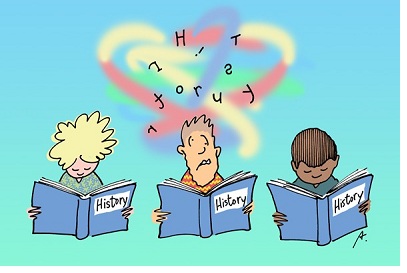 The Maharashtra State Commission for Protection of Child Rights gave a very historic verdict in the favor of a 15 year old girl from Mumbai who was rejected from appearing in the X board exams as she was a dyslexic student. The verdict was to let the student appear in the board exams an exceptional case. The application of the girl was earlier rejected by the state board as she did not meet the required criteria. The commission also directed the school education department to take appropriate action against the management of G D Somani Memorial School, an ICSE school in Cuffe Parade, for misleading the mother.
The commission, in its 13-page order, which stated that the girl has full right for education as any student.The girl landed into this private coaching institute because of the school management in which she used to study as they mislead the girl’s mother to withdraw her from their school. The main issue was that girl failed in her class IX examination so the school did not let her appear in the board examination on trial basis .The school management told her mother that she was not able to catch up with students and was not performing well so they should shift her to a easier board .The college referred her to school which turned out to be a institution which makes the student appear privately for board exams.
The entire matter came into light when the girl’s application was rejected by the state board as she failed to meet the criteria that a student appearing as private candidates must not be on the attendance roll of any institute after July 1 of an academic year. The girls closing school certificate was signed on august 23 they rejected the form.
When Mr Sarvesh Sonkar, the director of a prominent NIOS coaching institute in lucknow said that he was shocked on this entire incident for making discrimination among students on the basis of   disability is very inappropriate and unethical. He was happy for the girl child and praised The Maharashtra State Commission for Protection of Child Rights for their cult verdict in the favor of the grieved girl. He further told about the facilities that NIOS board is providing for the disabled students which are given below.
In NIOS examination, learners with disabilities are provided general relaxations and also the facility of amanuensis according to their disabilities. A learner who wishes to avail the concession in the Examination is required to submit an application and a medical certificate from the government approved hospital to the concerned Regional Director or Director (Evaluation), NIOS, A 24/25, Sector-62, Noida-201309.The student is also suppose to write his/her disability on the top of the answer sheet which should be confirmed by the centre superintendent after examining the student himself.
The NIOS provides special facilities not only dyslexic students but also to students who have the following problems Leprosy cured learners, Multiple disability cerebral palsy, hearing impaired learners, visually impaired learners,  Locomotors/Orthopedic.
For any help related to admission in NIOS please contact SS Coaching @ on our Toll-Free No. 1800-120-6077