NIOS a life savior for students under academic pressure to perform

These days the suicidal tendencies  among teenagers is increasing a lot due to constant pressure to perform in their academics .The children are told that if they will not perform up to the mark they will lag behind and will be losers in life. When this pressure from school and college cross the tolerance level or due to a small failure in a session or class, the students decide to take the extreme step of committing  suicide. 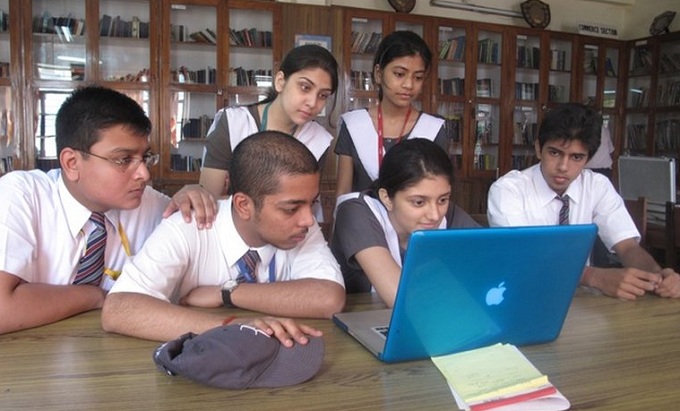 One of the remedy to lower the rate of suicides of teenagers due to studies can be achieved by making more and more students aware of the concept of NIOS (national Institute Of Open Schooling. NIOS has the most updated syllabus as compared to any other board in India. In this board the students can study from home when ever the students has leisure time as well as reduce the pressure of school from the students .The student can even save his year by appearing in the board exam from NIOS the very same year so his time is saved and he does not lag behind from his friends and classmates.
In the past one month or so, at least a dozen cases of teenagers committing suicides have been reported across the state. Two students of intermediate and one of high school on march 25 took the adverse step under the tedious pressure to perform in the exam .There should be someone to tell these kids that this is not the end of the world don’t worry if don’t perform brilliantly or even if u fail, there are option such as NIOS which will help them to still be in the competition without lagging behind.
In another incident, Rashmi Reddy from Miyapur who committed suicide because she feared she did not do well in one of the papers had secured 95 per cent marks in her first year, underscoring the seriousness of the situation arising from academic pressure.
The National Institute of Open Schooling (N.I.O.S) (formerly National Open School (NOS) is an autonomous organization set up by the Ministry of Human Resource Development, Government of India, in 1989 as per the Resolution issued vide No. f6-2/89-Sch. III dated 21.11.1989 to provide education up to pre-degree level to those who for one or the other reason could not make use of the formal education system.
The success story of people who did not complete there graduation due to some reason but were creative and knew what they can do and had the will power to revolutionize the world with there ideas should be added in the syllabus .It will motivate them and help them to cope with the anxiety of failure and will teach them that if they fail to perform at a particular class doesn’t mean that  it’s the end of the world .some of such persons who are under graduates and are  still billionaires are Mr Bill Gates CEO of Microsoft, Mark zuckerberg CEO facebook, late Steve jobs Ex CEO Apple mobile and many more.
On hearing about these sad news from every part of the country Mr Sarvesh Sonkar chairman of one of the most prominent NIOS coaching by the name of SS coaching in Lucknow said that He had full sympathies with the grieved parents and the only way to prevent students from taking such extreme steps under constant pressure from there parents to perform in their academics, the parents should consider NIOS as an alternative to avoid such pressure and get there children admitted to NIOS board.
For any help related to admission in NIOS please contact SS Coaching @ on our Toll-Free No. 1800-120-6077