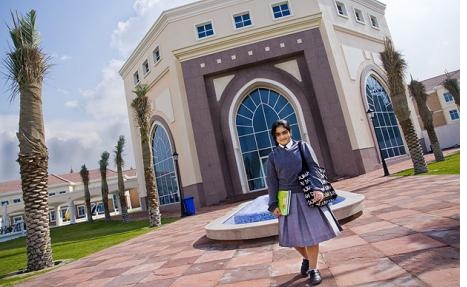 The National Institute of Open Schooling (NIOS) is starting up for an increased clientele in West Asian countries.It is hoping that the large number of Indian expatriates employed in skill-based professions in the three countries of Sharjah, Abu Dhabi and Dubai, which constitute the United Arab Emirates (UAE), will turn to it for acquiring the secondary school (Class 10) certificate. The matter came about when the NIOS chairman N K Ambasht visited Dubai in August last year.
A person has to matriculate to be eligible for employment in the UAE. Rough estimates by the NIOS indicate that there is an almost 40,000-strong population in need of this certification. The NIOS has also received informal requests to start more centres in the UAE. The NIOS also has centres in Canada and Nepal offering both levels whereas the centre in the United States of America offers life enrichment courses.
At present, the NIOS has seven centres in middle east countries including five in the UAE, and one each in Sultanate of Oman and Kuwait, where it offers both secondary and senior secondary level courses.
The present student base is about 3,000, and graphs indicate an increase in the interest. The number of students at the secondary stage increased from 82 in 2000 to 107 in 2001, and the number at the senior secondary stage grew from 109 in 2000 to 132 in 2001.
The efforts to adapt itself to the needs of the non-resident Indians in that region have already begun. Since most of the people are from Kerala, there was a demand that the examination is conducted in Malayalam and the course material be made available in the same language.
The translation of course material into Malayalam has already started and the NIOS has also made provisions to let the examinees answer their question papers in the language. For now, the question paper will have to be in English. We may be able to provide that in Malayalam from next year.
The NIOS also has plans to promote Indian languages, culture and heritage. It has undertaken the development of language learning aids where an Indian language can be taught in English.
There is a large number of Indian diaspora which feels they have lost touch with their roots. NIOS is planning to offer courses on Bhartiya culture and heritage to provide them with a basic direction.
For any help related to admission in NIOS please contact SS Coaching @ on our Toll-Free No. 1800-120-6077