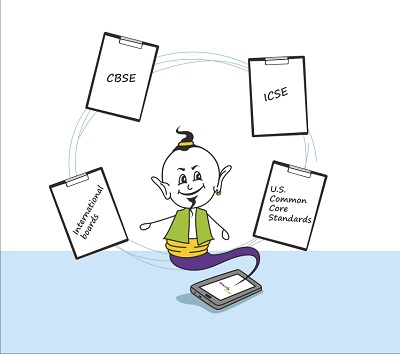 The latest news from the education world is that students who are preparing for competitive exams are taking admission in NIOS at SS Coaching in large numbers. The students are finding the method of studying very flexible and suitable for them as they save time and energy from attending regular classes. They utilize that   time   in attending coaching classes for their competitive exams in which they aspire to qualify .The other boards have a criteria for attendance if the student fail to fulfill that minimum requirement of attendance he is not allowed to appear in his board exams .

The NIOS board has recently completely its 25 years of excellence with outstanding contribution in the field of Open and Distance Learning (ODL) in the school education sector. NIOS is largest and most relied on open school in the world and is looked up to with respect in the Commonwealth countries and in other developing and developed countries. NIOS has 3827 study centers for senior secondary and secondary in India and 27 study centers in overseas countries. The Secondary and senior secondary courses from NIOS are not only recognized in India but also through out the world.

The student are advised by the leading coaching institutes which train for the Engineering entrance /Medical entrance/NDA entrance to opt for NIOS board to pursue there senior secondary and secondary courses as it gives them ample time to study for their competitive  entrance exams .

As the study material is easy to understand and learn by the students they secure good percentage in there NIOS board exams. Many a times the students qualify in   the competitive exams but fail to pass there board exams or secure less percentage than the minimum required  criteria to get admitted in the  course that they qualified through such hard work .This is caused mainly because the student dedicated his maximum time to qualify for the entrance exam and was unable to concentrate much for board examination

Dr Rk Gupta said that he would have never qualified his CPMT entrance exam has he not pursued his education from NIOS board. He got ample time to concentrate on his competitive Medical Entrance Exams as he did not have to attend regular classes.

Er Yogesh yadav said that he would never have qualified for IIT had he not chosen for NIOS as his Senior secondary board for education .He further said that NIOS is a boon for students who are preparing for Engineering entrance examination.

Mr Sarvesh Sonker chairman of SS coaching ,Lucknow said that every year a lot of aspiring  students to qualify for CPMT/IIT/NDA join NIOS courses for secondary and senior secondary level so that they can mainly concentrate on their competitive entrance examinations.