Students strange experiences after results are out

The Class XII board  results are announced and Lucknow students tell us how even before they knew their result, their parents' phones were ringing off the hook with mamas and mamis, mausis, padosis, papa ke dost, mummy ki kitty waali friends. As soon the results are out the realtives and friends start calling in their circle to families whom which someone appeared this time in 12th boards. There are worse things than that. Like when a distant relative whose face you can't recall calls your mother to check your result after watching the news, even before you've had a chance to tell your closest friends. Or when your father's mobile won't stop ringing because his entire social circle knows that his son has appeared the XII boards this time. 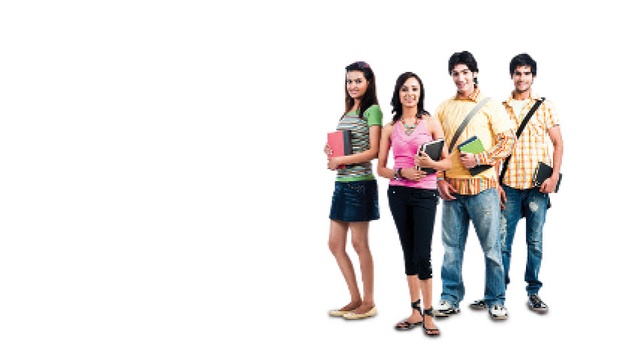 After CBSE announced the board results for Ajmer region on Wednesday, many city students had to go through this ordeal, all the while calculating in their head if they will make it to the college of their choice.
It becomes worse because of vacations
Students  in vacation are at relatives home , so when I checked my result online, it wasn't just my immediate family surrounding the computer, my mausis and their kids were also there. And since they're all younger, mausi kept telling them that they need to study like me to get good marks. Of course, once they saw I wasn't in the 90% league, they didn't say that. Board results are always announced during vacations, and that just makes it worse because there are always so many relatives around to see what a failure you are."
My phone was silent but my mom's phone kept ringing
It was all her kitty friends and our relatives asking her about my result. Then, some aunty I don't even know wanted to talk to me on the phone to 'console' me about getting an average result. Average? I got 89% and I was happy with that, but once she said that, my mother panicked and started asking me if I think I'll get admission in a decent college. These random people who don't really know the kids but want to know their results anyway always ruin everything."
My friend's mother wanted to console my mother
"One of my friends scored over 90%, and when he called to ask about my result, his mother must have heard it. She took the phone from him - and I have barely met her twice or thrice - and asked me my marks. When I told her, she said she was sorry and could she talk to my mother? I didn't understand, but I gave the phone to my mom. She told my mom how they should start thinking about getting me admitted in some college through the 'management quota', because otherwise I have no future. It was bizarre."
I wasn't upset, till the neighbours came
Student scored normally, but he was OK with that. That is, until some of her neighbours came over to check on her results. She says, "I am not a very good student, so I was just glad I got over 70%, but when the neighbour aunty saw that, she said, 'arey beta itne mein hi khush ho? Chalo achcha hai, sabhi bachche thodi top kar sakte hain.' I thought that was a mean thing to say, and it upset me a little bit."
Relatives call to compare results with other boards
That some of  relatives called to compare his result with their kids, who studied in the ICSE board. Student says, "Board results have become such a family affair now, that all these long-lost relatives also want to know how much I scored. My father sent out a group message to everyone to avoid getting many calls, but that just made everyone call back to talk about them. One of my relatives actually called back to say 90% is great and everything, but many years ago, their son had got 90% in the ICSE board 'and everyone knows how much more difficult it is to score in that than it is in CBSE'. My father was so angry, but I thought it was funny how she cared about all this years later."
SS Coaching is one of the most prominent coaching which deals in NIOS admissions for students advises students to get enrolled in NIOS board as it carries equal importance and value like CBSE, ICSE, ISC or any other Government board with India. NIOS offers much flexibility to save the year and career from getting wasted in the life ahead. In N.I.O.S the admissions are going on throughout the year 24x7 days of the 365 days with exams conducted all year round. If the student has failed in board years exam (xth & xiith)  of CBSE, ICSE or UP Board as well as other provincial boards, these students can be immediately enrolled in Stream 2 of Nos by providing their original failed mark sheet. Exams of these students are conducted in october-november and the certificate are also issued in the same year in which the student failed in the other board, thus the student year does not go waste and is saved in national institute of open schooling board.
For any help related to admission in NIOS please contact SS Coaching @ on our Toll-Free No. 1800-120-6077