Importance and Benefits of NIOS Board

NIOS board, is constituted under the ministry of HRD, Govt. of India. It is the third largest board after CBSE & ICSE and have an equivalent weightage to that of CBSE & ICSE.

With 2.2 millions enrolments it becomes the world’s largest open schooling system. It’s examination pattern and schedule also makes it quite popular among students. 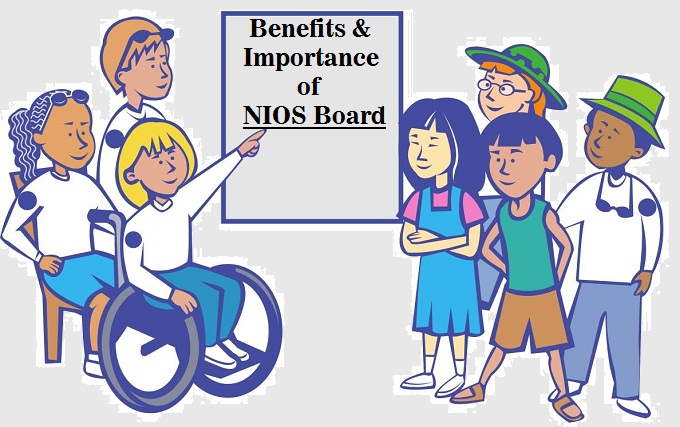 NIOS conducts its main exams twice every year hence becoming a boon specially for the failed students of other recognised boards who can reappear in their board exams within 3 months of their result and Also gives a possibility of carrying forward the marks of the passed subjects from the failed marksheet  of the student. The main advantage of passing secondary (10th) or senior secondary (12th) through NIOS instead of reappearing in that same board exam which you failed earlier is that it saves you a year in your education.

Also it has another examination schedule under STREAM 3 & 4 which gives candidates a chance to reappear, under these streams exams are conducted every month except  in the month of Oct-Nov & Mar-April, hence conducting exams 8 times a year excluding the two main exams.

Another thing which makes Nios more important is that all its documents have Govt. of India printed On it, which gives it more genuinity . If any university/institution objects in taking admission of a NIOS passed students then it is directly challenging the Ministry of Human Resource and development, government of India as the university is passed through a resolution (No. F.5-24/90 Sch.3 dated 14 September 1990 published in the Gazette of India on 20 October 1990).

In the present PERCENTILE scenario of the Joint Entrance Examination (JEE) NIOS has the most competitive percentile score among national boards and provides a great benefit to the Aspirants of IIT-JEE . NIOS Board helps such students as are preparing simultaneously in different renowned coaching institutes of India for one and two years programme of various competitive exams like IIT, JEE, AIEEE, PMT (NEET), CA, CS, ICWA, CLAT and also other professional and academic courses.

N.I.O.S Passed students can seek admission in all india as well as state Medical, Engineering and other various competetive exams like IIT-JEE, AIEEE, PMT (NEET) and also other professional and acedemic courses in all universities, technical institutes across the country and abroad. They can also seek the government jobs whether central / state government.